Best 5 Tactics and Strategies For Boxing 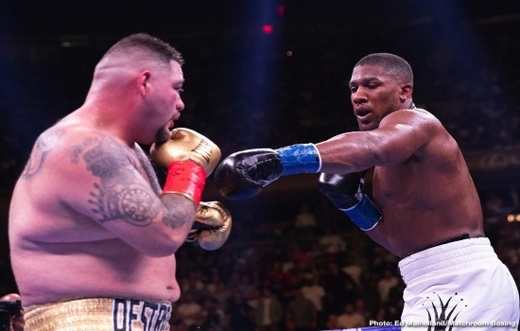 Boxing is a multiple aspect combat fight that constitutes various forms of a fight in every match. A professional battle is won by proper strategies and tactics. As a newbie, basic principles of boxing are taught that build up your foundation of the sport. The lessons provided to beginner boxers are not enough to compete in a live match. To reach a professional level, you need to understand several techniques and a plan of action. Then practice these techniques so that you can actually step into the ring and compete. If you have attained a professional level capacity of a fight, then you need to go for the master or expert level. The article provides various advanced battle strategies to stand victorious against tough opponents. Understanding the exact time and the way of implication of these tactics would determine the fate of your fight.

Check out our Coaching Equipment!

1. Sinking Your Weight Into The Ground While Punching

A powerful punch is what it takes for a knockout out but how to generate power into punches. It is done by sitting down on your punches that refers to focusing your body weight downwards and firmly to the base of the feet while punching. This executes power and stability in the punches. Non-professional boxers move more during the fight that reducing a firm grip of feet onto the ground. That is why their strikes are not hardcore. Your punches would carry much power by maintaining a balance in weight and momentum, keeping the center of gravity, and a solid grip to the ground. Staying heavy on the floor does not imply you lose your agility. You should lose your ability to move quickly because of sinking weight downwards. This requires you to practice drills to master destructive shots and not compromise on speed. A strong core stabilizes the center of gravity that is necessary for damaging punches. You need to transfer power from your foundation by sitting down on your punches that is only possible by developing a strong core.

One of the mistakes boxers make is moving in straight paths it may be in the front or backward direction, left or right. Motions should be multi-directional to enable you to escape out of range or get into the range of the opponent. Next-level fighters deploy multiple angles of motion and attacks. They never go straight, even if they are moving in a linear plane, their attacks would be launched from different directions. They can launch a jab to the right or left or diagonally, a right hook to up or down, through the guard, or even under it. One thing to remember is to avoid moving linearly backward after launching a combo. You might think you are out of reach and would not get hit, but this would make you vulnerable to your rival’s attack. To avoid this situation, end your combos at an angle.

Use of to end the fight with a single blow is an effective method to some extent but jab even at an expert level fight it can easily be wired. You need to strike with a lead punch prior to jab and form a connection between the attacks. You need to practice launching lead punches with speed and energy. Choosing the best punch to throw as a leading punch is necessary, the right hand is considered to be the best option for a lead strike. It is a quick blow to the middle which your opponent would not be expecting that will shock your rival. As it is fast it’s hard to anticipate by the rival. The elements that affect a lead's right hand are position and technique. You should be in a suitable position prior to striking a lead punch. You need not be too much out of the range nor too close to your rival. The second point to be noted is that your right hand must be launched from the pelvis. Avoid sloping your elbow that retards the effect of the strike.

Beginners usually move a lot and their constant motion enables them to stay subtle and calm. While pros do not need to cringe a lot to bring their rival down. Pros gracefully move in the ring without a hassle. They do not waste energy and power in useless movements. They stay low on their feet until they need to move. Staying stationary is possible by bearing great head movement. Such boxers approach their rivals in a smooth manner and launch their strikes and with few movements, only their opponent is down. Calm movement in the ring enables you to have a firm stance on the ground, which maintains the center of gravity and you can easily sit down on your punches to launch powerful punches while conserving your stamina.

Keep your rival busy by constantly making contact with him. Do not give them a moment to rest or calm down, constantly bug them. Expert boxers continuously make contact with their rival through a cascade of combos. Effective aggression is also a prime factor to victory in high-level fights. Do not wait for your opponent to strike a blow, you must take the lead and go for a punch. You must ensure every punch you throw is destructive enough. Making contact with your opponent can be a part of your strategy. You can distract him or give him false anticipation about a blow. Touching them can be a feint to trigger their response. You can also touch your rival in your defense, which distracts him from his hitting rhythm. Touching his glove guard would make him vulnerable and you could make approach him for a body shot.

Keynote: Basic techniques and strategies are not enough to compete in a live match. Advanced knowledge of the boxing maneuvers needs to be understood and practiced to stand victorious in a pro battle.