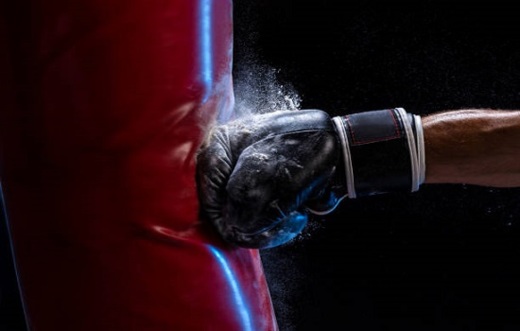 The success in a boxing match relies on the strength and magnitude of power. Delivering enough power in your attacks would secure your victory for sure. But only the magnitude of the power does not count rather the accuracy and precision through which an attack is launched matters a lot. Trainers emphasize the importance of accuracy and timing in boxing sport. Extreme power would be useless if a fighter is unable to attack with precision and misses a blow to the right place. Power with no accuracy do more harm to you than to your opponent. In a professional boxing match, victory goes to the one with better capability of utilizing the techniques while the other with great punching force claims loss. As a learner-boxer, you need to focus on your tactics and target to enhance your strengths and eliminate your weaknesses. Coaches at the gym train you to improve your attack precision and launching of your combos. Precise boxing skills would benefit you both in offense and defense, making you an accurate striker. Here are four tactics you need to focus on during your training to enhance your punching precision in boxing.

Check out our Fitness Equipment!

Gliding or flowing like water is a new concept introduced by Bruce Lee a prodigious martial arts fighter, he used the term ‘flow like water’ while launching the attacks. He attained knowledge of hitting and grappling techniques in a unique way. Due to his unique style of boxing techniques, he is regarded as the founder of modern-day MMA. The philosophy behind the amazing techniques of Bruce Lee was to prioritize motion, speed, and strategy over strength. Implementing these principles he trained his body to move swiftly like the flow of water. For a boxer, having the capability to launch speedy, swift movements, along with the attack combos enables your body to make a movement as your brain interprets. It builds a capability to respond offensively to any kind of attack your opponent makes. It broadens your spectrum to break through the shields and launch your attacks effectively. Harmonizing the associations between mind and body enables you to adapt your offensive methods to any situation, enabling adjustments in your body motions according to your will. You would be able to hit on the spot with faster and sharper counters. Keeping your body in a flow state means completely immersing yourself in the attack combinations dictated by your brain. When you dodge and find the opening to attack your mind would react quickly without your body creating hindrance and would make an effective response.

Being light on your feet is necessary to have accuracy in your fist’s movements. It is initially difficult to understand the relationship between hand and feet movements. Footwork carries great importance in offensive and defensive situations. Footwork is responsible for your positioning in the right spot to avail maximum benefit from your opponent’s attack intervals. During the fight, there always come chances that you need to avail yourself, and you should be on alert to look for such openings. If you have enough practice of being light on your feet and launching swift footwork you would be able to shift quickly from one spot to the other in order to hit your combos from the most vulnerable spot of your opponent. Individuals underestimate the importance of footwork drills in boxing games and focus on punching only but in reality, a punch would be efficient only when your footwork practice is amazing and you have a strong grip on swift foot movements. Set your target at the gym to practice drills for foot movement to reach the next level. Swiftfoot movement enables your rival to overlook your attack combos and you can avoid their offenses. So, when it comes to punching precision, your feet are as important as your fists.

You need to prioritize speed over strength. Boxing champions dictate that speed overpowers strength every day of the week. If you are quick enough to land your blow first, you are more likely to attain scores and dodge your rival’s attacks. Speed is a great asset a boxer has to ensure victory. A speedy punch would also be a power punch, as when you increase your fist’s velocity the more power it attains. Speed builds accuracy in the punch and it is difficult to break a punch with high momentum. Being quick is the best way to dominate a defensive rival. Roy Jones Jr. was a legend in boxing with great speed, he launched speedy combos that carried strong momentum and destructive power. He was able to defeat his rival because of the quick attacks that his opponent could never have interpreted. This parameter along with his extreme power made him one of the invincible boxers to date.

Feints are the distracting or deceptive moves in a fight. Feints are the wonderful tools you have got in your boxing weaponry. They create openings in your rival’s guard, providing you better opportunities to land your fist cleanly. Although feint is a daunting tool used by high-level fighters. Most newbies in boxing face difficulties in polishing their feinting skills and techniques. Feints are a great tool to force your rival to make blunders both in offensive and defensive situations. During such a situation, you would have the opportunity to benefit from the opening created by the opponent. Feints distract your rival boxer and they wrongly anticipate your attacks. Your rival could be misled into the wrong sense of security and initiate his guard. That creates an opening for you to land your fist. Feints are not easily acquired you need to learn them through extreme concentration and accurate performance to become professional. Practicing feinting techniques and implementing them in your training would improve your skillset.