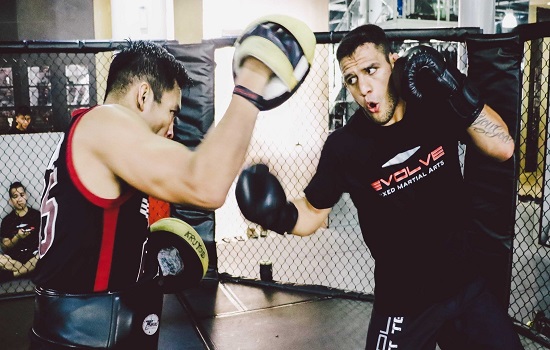 You make mistakes whenever you get your hands on something new and unfamiliar. Mistakes are the inspiration to improve yourself and learn. Same goes for the physical built-up sports, when you are new to it mistakes are bound to happen. However, as you learn from your mistakes, you move towards improvement.

There may be a number of mistakes you face when in the ring. Some mistakes are inevitable, so knowing the best way to punch and knowing the mistakes you could make is the basic necessity in boxing. Only perfecting these mistakes gives you a chance to win in the ring. That’s why I will be sharing some critical mistakes that you shouldn’t make, especially if your opponent is the same size as you.

One of the blunders that a newbie boxer can make is leaving his face unprotected while launching a jab. Many boxers do this by lifting up their head, which leaves their chin exposed. Some may lean their torso forwards when launching a straight punch, giving the opponent the chance to reach them. Some fighters don’t keep their heads straight but a bit tilted to one side without guarding it with their fist, thus their whole face is welcoming, a punch from the opponent.

- Launch a straight counter punch on the opponent.

- According to the situation, you may also go for a right cross in response to a jab.

- If the opponent is bending his body, throw a left uppercut aimed at his chin.

- Finally, defeat him by blowing a right cross.

To identify whether you have this problem, ask your instructor to throw a swinging punch (hook) while you try to launch a jab. Your stance should not be too close to receive his hook and not too far so that you can’t reach him with your jab.

Letting go off your right hand while landing a swinging punch, puts you in the most vulnerable condition. Some boxers will most likely guard their chins using their right glove, but not their forehead. Others may even lower their fist to their chest when throwing a hook.

To overcome this blunder, you should throw a counter left hook. A HOOK FOR A HOOK!

Without blowing heavy blows, launch punches at a bag, ask your trainer to check you for this mistake.

3. Betraying Intentions of the Right Hand

Some tricky fighters aimlessly move their right hand from the normal position to confuse the opponent. There are many other ways in which boxers telegraph a punch, like descending their right punch or pulling it away just before launching a punch.

You can have an advantage if you are fast enough to land a punch before your opponent can reach you with their jab. It is still a bit risky because there is a chance that the opponent may respond with an overhand right.

A safe option to react against a telegraphed punch is to land a left hook.

Be quick for it and wait for the moment when he draws the right hand and his chin is exposed.

Another strategy might be punching it when he has already hit. Counter him with a large hook.

Try to pivot as you hook, in this way you could be freed from his right jab.

Now go for the left hook, this could take him down even when his face is guarded by his left glove.

Make a video of yourself while punching a bag. Check the motion of your right hand, how far is your hand from the starting position.

During a fight, it is certain that when fighters punch, their body is exposed. Even if he hides his head or chine behind his gloves or shoulders when he punches, his lower trunk would be wide open while punching.

When your opponent aims a punch at you, slipping is the best option that you should trust on to save yourself. Use your footwork for slipping and avoid the punch to your face while delivering a responsive punch to the lower body of your opponent. When he launches a jab, slip under it and give him a taste of your jab on their lower body. When he acts with a right jab, slip from it and launch a left one. Try to slip and aim for a responsive punch simultaneously. If you try to guard yourself first and then attack, you might lose the chance to launch your punch.

An exposed body area makes you very vulnerable. You cannot avoid it, but learning to make your body less vulnerable is possible.

Ask your instructor to throw a right jab. Throw a right jab and ask him to respond with a left hook, this would be a practice for you to drop your elbow faster after punching.

Many newbies believe that raising their hips while punching is a good technique. All of them are wrong, elevating your lower trunk does not give more strength to your punch, neither it is essential to reach for your opponent.

An opponent making such a mistake can be brought down easily, as he is leaning forward and wide open for a punch.

When your opponent raises his hips while punching, counter his punch to push him back. It would probably make him fall or he could lose his balance.

Launch a jab and be stable in your position. Ask your instructor to give a left hook in response to your jab, while you are in a blocking position. If you fall down, you are probably raising your hips. It can be due to your lose stance. To check your grip on the ground, let the trainer blow a right hook if you are still standing you have a good stance. Bend a little while jabbing, let the trainer aim a jab to your right hand. If you fall then you probably are raising your hips.

Keynote: To get yourself toned and be ready to be a good fighter, you need to learn from your mistakes. Punching is not all about throwing a punch haphazardly. This requires a precise form of movements you make, and avoiding the most liable mistakes in the ring, you may have a better chance to take over the ring. As a newbie, improve yourself by working on your mistakes and keep on practising, to become a better fighter. PRACTICE MAKES PERFECT!