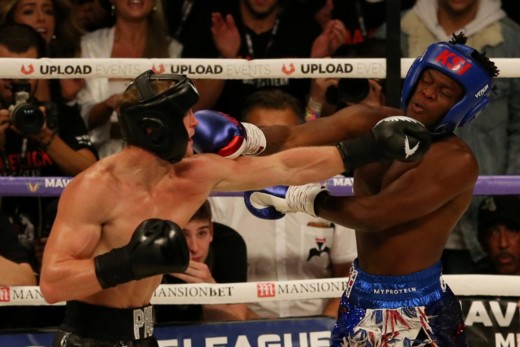 The main goal of every boxer in a fight is to knock out his opponent, that is the fastest way to your victory. Although knockout punch requires dedication, fidelity, time, and hard work to master it. There are some perfect tricks to launch knockout punches at the start of a fight. These knockout punches are an easy ticket to win the match, most fighters are relaxed and passive at the beginning of the fight and expect the least from the opponent for a heavy attack. They enter the fight in a calm mood and least expect an attack. That is the moment you can conquer and knock out your opponent. Various sets of attacks have been discussed for a successful early knockout punch.

Set no. 01-Strick a Jab-Make a Distraction, Take a Break, Counter-Right Jab

Make an entry with a Jab as a distraction, make a slight pause for launching the responsive punch by the opponent, and then strike him with a counter right jab. The opponent instinctively would reply with his punch, which creates a space for you to launch your right counter jab and end the fight. By planning a feint and launching a counter right jab your attack would feel like a hot knife through butter. The punch would smoothly land on the target without any resistance.

Launching a feint attack may be of several sorts like a jab feint, an arm movement, or a quick head motion. Whatever the trick you use, do not let your chin come forward and let an exposed site for an attack.

While slipping the opponent’s attack, be cautious of the right counter that may come to your head while you swing your head towards the right.

Head start with a slow and soft jab, slip the opponent’s right-hand response, focus your gaze on his chin and come forth with a left hook with your full potential on his chin to knock him out.

Keep in mind it’s a double-left-slip, first is when the opponent approaches with a right-counter make a left slip by moving your head inside. The second is to dig your head down and launch a left hook. This makes your move quicker and faster. You need to deny your training of right-left-right slipping methods and adopt the left and then again left slipping technique.

Keep in mind to approach the opponent with a slow jab or you can go for a feint jab too. Wait for the opponent’s response, if he does not make a counterattack keep-on throwing lazy jabs until he strikes and then you make your next move.

While throwing a slow jab make it extra long and loose, it would drop the opponent’s guard before you return your arm for a hook.

Set no. 03-Make a Quick Jab And Right Cross, Hook to The Chin

Throw quick simultaneous jab and aright cross to drop his guard. A fast attack makes your opponent panic and loses his guard. Now, target his chin and fling a strong hook to get him pinned to the ground.

Make a vertical fist to feel your arm longer and approaching his guard. Dropping his guard would be real quick by a vertical bang at the back of the ear.

For a faster hook, shift your weight to stand in a squared position.

Set no. 04-Go For Fast Jab And Cross, Launch a Double Hook

There should be a slight time gap between the two hooks. After throwing the first hook wait for the opponent to lower his defense and then put forth the second hook to the chin.

Set no.05- Overhand Right, Left Hook, Do It Again.

Approach the opponent in close proximity with a squared stance, lower your head, and throw overhand rights and left. Square stance provides greater speed and grip to the ground.

Keep your chin down and upper body forward as a guard. Keeping the chin down keeps you safe from hard punches on the head.

Move your head towards your right while landing a hook.

Avoid pivoting or jerking your body excessively as it might drop your balance.

Set no. 06-Throwing Lots of Jabs

Intensify the attack by throwing lots of jabs and then the right hand. This trick seems simple and easy but provers wonders. Although landing jabs simultaneously would be quite painful once you start it is hard to stop. Aim for the hard blows on the head, your opponent would try to block the attacks in defense and you need to respond back with more force than before. When he tries to block your incoming next jab, throw a solar plexus towards the right.

Keep your sight fixed on the opponent’s head.

Lift your right elbow like you’re throwing it to his face.

Knockout punches are what the audience finds the most stunning part of boxing and is a strong chance for a player to win the fight by using his minimum strategies and effort. Knockout punch can be launched as a planned strategy in the first round or the incoming rounds, for which various combos are formulated to be effective according to the round. Knocking out the opponent at the start of the match by conducting the best sets of moves is the most striking way to win a fight.