8 Basics Tips To Help You Succeed As an MMA Fighter 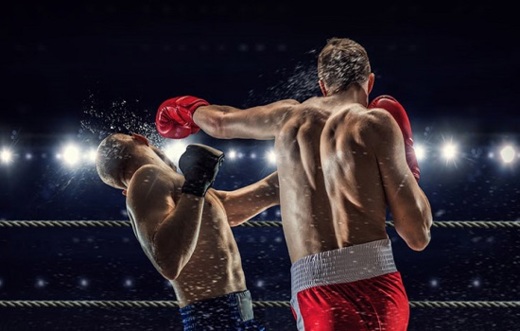 MMA fighting is a thrilling and rough combat sport, that takes the time and persistence of an individual to become an MMA fighter. Being an MMA warrior is not easy, many physical and mental bruises await along the way to becoming an MMA. MMA is now an emerging sport, with its viewers raising day by day. As MMA is marked by its furious battle style and an enormous range of fighting abilities, only the most competitive athletes are ready to enter the octagon. Many people do not have the courage, endurance, and superior strength required to be an MMA fighter. There are ways to enhance your abilities and skills to emphasize your consistency in training. If you are determined to succeed in your goal this article would provide you with beneficial advice for becoming an excellent MMA fighter.

Strong Grip On The Foundation In Martial Arts

As the name indicates MMA is a combination of several fighting skillsets, but an MMA fighter excels in mastering at least one domain of fighting styles that can form the basis of his MMA. Achieving proficiency in multiple skills at the same instance is considerably difficult. So, you should focus on the skill in which you are strong or have confidently trained in that area before. Like you may have years of experience in boxing or wrestling, and you a bear strong grip on its foundations. Focussing on one particular domain would be more beneficial for you to survive in the ring rather than trying to master all the types of techniques at the same time.

You need to avoid being over-confident while stepping into an MMA irrespective of your years of training in boxing, Jitsu, wrestling, or karate. Entering into MMA requires more time and effort, to overcome the gap in your current physical capacity and the required capacity for an MMA. You must introduce yourself as a newbie to MMA, even if are good at boxing. You need to be fully prepared psychologically and physically to bear the burden of extensive training. Absorbing the necessary information to enhance your knowledge of next-level skills is essential for you to progress.

In MMA the best fighters are proficient in multiple fighting styles and skills, including wrestling, karate, boxing, jiu-jitsu, striking, and Muay Thai. You must work out on individual skills as well as combining these skills in sets to form a combination of attacks. More the moves you have more is the chance of survival till the end. Due to several various fighting styles in MMA, multiple plans can be formulated to create a strong game plan for your battle. There is always a thrill and challenge of practicing new fighting techniques to achieve a pro-level.

Avoid Frustration At Your Failure

At different moments of life, self-esteem and pride can be revitalizing or devitalizing. At the beginning of your tough MMA MMA & Kickboxing Gloves , there might be chances you get messy and worked-up too much. In your initial matches, you may be knocked down by someone of a lower rank than yours. You may get dominated by someone younger than you which will be your insult. At times like these never lower your pride as your failure lures you to success. Failure is the opportunity to learn more and practice better skills. Losing multiple battles makes you realize your short-coming and allows working on these.

In combat sport, the two opponents are targeted to physically dominate each other. The essence of such sports is perceived by only some fighters who enjoy a certain type of fighting style. Mastering such a dangerous and strenuous sport requires dedication, huge strength, and willpower as the essential tools in mixed martial arts. You must exhibit strong willpower to impart your determination to the rival. On the other hand, you must be brave enough to face your defeat and recover from it.

In traditional MMA heavy muscular fighters were considered better than the others, but the tradition has been shifted to less muscular but more flexible bodies. Bodies like those of gymnasts are more flexible and agile. A light body with more strength allows the fighter to attack with enormous power and with greater speed. Moreover, such a body bears more endurance capacity. These three are the major factors that account for a long-time survival and victory in MMA. In MMA a fighter does not have the time to hang to the ropes like in boxing to restore and conserve his energy. So, the only chance of survival is long-lasting stamina which keeps the fighters at a 100% capacity from start to the end. Heavy muscles may help you in launching a hard blow with maximum striking power but at the cost of reduced speed.

Physical Strength And Health Is Essential

Being an MMA warrior you need to keep a good focus on your overall health. Physical strength and power play a vital role in combat sport. Whether you spend five to six hours a week in the gym, you must be aware of your body's endurance. Your muscles, ligaments, and bones need a break for better conditioning. Excessive strenuous training might damage your ligaments and muscles.

Always Be Ready To Face Your Failures

While in a battle, odds can be against you, for which you always need to be prepared. Let your adversities be the motivation to move forward and leave the failures behind. Your losses must boost your determination for hard work and more training. Click here for Coaching Equipment

Keynote: MMA is a sport that requires a lot of fighting styles and endurance. It tests the focus and enormous strength of a fighter, and a hard commitment for a glorious victory. Keeping in view some useful advice and tips always become in handy in becoming a successful MMA fighter.