3 Of the Most Effective Knockout Punches in Boxing 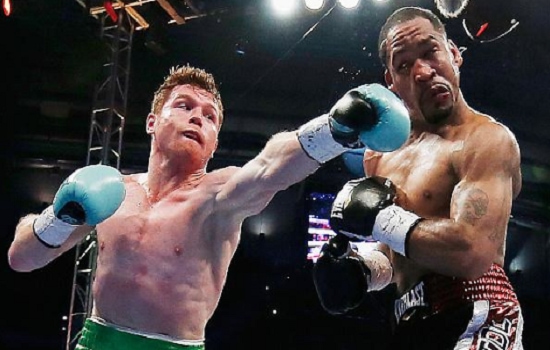 In a boxing match, the audience is eager to see a  knockout. A knockout is the most exciting part of boxing. This is what the goal of every boxer in the ring is. This is the best strategy if you want to be a winner at the end of the match. As much as it is the best way to win, it is also the difficult one to perform. Some boxers are god-gifted with fierce power for the knockout, others have to build it up by putting in extra effort though practising and learning.

There is a difference between a simple punch and a knockout punch. There are some specific moves that you can knock your opponent down with. Identifying your knockout moves is essential to make them efficient and use them logically in a fight.

Below you can see three unique moves that would surely turn the tables in your favour in the ring. By adopting these tactics for an ironic knockout, you can win the match.

The cross is the most basic and evident knockout move. When you are in your boxing posture, the most powerful tool is the right cross. This punch introduces a strength from the base, and is landed directly to the centre, and then flat on the opponent’s chin. Punching a cross accurately is inherent to every boxer’s capability set.

- You should aim a straight punch in the center through the guard.

- It will exert maximum power to the blow.

- If your targeted punch hits the aim, your opponent will go down.

- If the opponent is not down, he would surely be hit by your blow and get injured, or he may lose his stance and balance, making his body vulnerable. This would give you a chance to land your next combination of moves.

There are legends in history known for their straight punches, some famous names include Mikkel Kessler, Wladimir Klitschko, Manny Pacquiao, Roy Jones Jr. and Floyd Mayweather Jr. These boxers mark a name in the history of boxing for their furious cross punches. Thus, if a cross punch is performed professionally and faultlessly, it can be the punch to win a fight. This is one punch every boxer needs to master at his fingertips. Thus, practising your cross punch on a daily basis is the only option to master it.

The second knockout punch is the left hook. Many boxing practitioners and fanatics consider the left hook as the most furious punch in all the boxing punches. The left hook can be understood simply.

- Stand in your boxing stance.

- Use the same fist you use for a jab.

- The left hook covers a short distance, minimum distance from landing to reach the target absorbing the strength from the ground up to the trunk, and finally reaching the fist.

- It is fundamentally easy to perform, but exceedingly tough to gain proficiency in this technique.

- It must be kept in mind, that while launching a hook you are conjoining only your two largest knuckles.

- It is not necessary to load your hook first before delivering it. Do not move your fist backwards before launching it, it would only lower the efficiency of the punch as the fist is telegraphed. Also, the opponent would not be expecting it when you throw it out of nowhere.

Going through the sport’s history, you come across some marvellous masters who have performed herculean hooks, such as those you have never seen before. Some of the wracking hooks delivered to the body by Mike Tyson. Another master player, Roy Jones Jr., who has launched punches in triplets and quadruplets.

3. Attacking at the right time

After going through the other tactics, a rightly-timed response is also necessary. This implies that attacking your rival when he is perfectly available. When you see him coming, accumulate the strength produced by your approaching fist, aiming for the rival’s face which is approaching you.

You can utilize any move against the opponent according to the scenario and predicting the movements of your opponent. You must be aware that your move if it’s a hook or uppercut, must be a timely move. Use your analytical skills to foresee the attacks of your opponent, give them your response accordingly. You must apply your fists at the exact time for maximum blow.

Such on time responsive punches are one of the great possible ways to knockout your opponent. This is an effective strategy due to unawareness of the opponent, to what is coming forward that is, they are seldom prepared for it. To their surprise, they never anticipated these. Obviously, the punches you don’t expect are the most dangerous ones, as you are not prepared physically and mentally to encounter them.

Another reason for the effectiveness of this method is that the stimulus of your rival approaching you is totally against him. Because all of his motive and energy is focussed on bringing you down, rather in his own defence. This startles the opponent and brings him to the ground.

You can find Manny Pacquiao as a big representative of this method. The way he knocked out Ricky Hatton, by his splashing one fist in 2009. And in 2012 the former bears the consequences of it when Pacquiao launched dynamite one-punch bringing Ricky down.

Keynote: Knockouts are the most exciting part of boxing, which fans and enthusiasts enjoy the most. The beauty of the punches, splendid and thundering knockout is what fans crave for in boxing. Launching punches haphazardly does not count, if you are unable to knockout your opponent. So, to achieve a perfect offensive skill you need to work on your analytical skills along with your physical power. As a punch on time is the punch, is what you need to stand against your opponent.